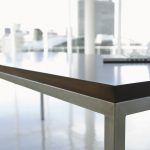 Cyberattacks have been in mainstream news again in recent weeks, as the hacker group Lapsus$ has launched several successful attacks against major companies. Recently, police in Oxfordshire arrested an unnamed seventeen-year-old known by the alias Tea Pot who has been credited as the one responsible for these notable attacks. For those familiar with common penetration testing ... END_OF_DOCUMENT_TOKEN_TO_BE_REPLACED