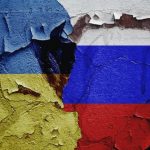 With the rise of cyberwarfare against Ukraine and Russia, one could agree that there could be potential blowback from the sanctions that the United States has placed on the country of Russia. Some of the attacks that have been observed against Ukraine are attacks that include data wiping malware, such as HermeticWiper, Whispergate, and IsaacWiper. There have also been ... END_OF_DOCUMENT_TOKEN_TO_BE_REPLACED