The recent disclosure of the SolarWinds Orion supply chain attack is just the latest widespread vulnerability that has targeted clients across the globe. This issue is still in the early stages of analysis by the cybersecurity community, and RSM is actively monitoring the situation and providing updated information on our War Room blog ... END_OF_DOCUMENT_TOKEN_TO_BE_REPLACED 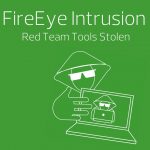 There is a saying in the security community that it is not if an organization will suffer a cybersecurity event but when. Current events prove that this statement stands true even for sophisticated security firms such as FireEye. We are closely monitoring the situation and wanted to share our perspective at this point. I share the opinion of at least a few of my peers who ... END_OF_DOCUMENT_TOKEN_TO_BE_REPLACED

Where did we start? From time to time, I still reminisce about my first ransomware investigation. The attack affected a family business in Florida during the summer of 2015. Business was humming along until one fateful morning when an employee arrived for their day of work, only to find that files stored on their servers were encrypted. I will never forget how devastated the ... END_OF_DOCUMENT_TOKEN_TO_BE_REPLACED